One of the complaints about Godzilla is that it doesn't show enough of the monsters. This was intentional by director Gareth Edwards. In fact, the first fight is almost impossible to see. He told Complex, "'We’re going to show Godzilla for the first time, so let’s really build to it,' and then when it’s time to finally show Godzilla and have the big face-off, you think, OK, what’s the thing audiences will least expect in this moment? Well, it’s to cut away. You cut away, and then you go, 'OK, now they’re gonna groan because I cut away,' so then you show it but show it in a crappy, realistic way on TV. I enjoy that style of film-making where you’re sort of teasing the audience and playing with them." It took a little getting used to, but I enjoyed this aspect of the film since it prevented the "CGI fatigue" that director Gareth Edwards was afraid of.

In the film, Godzilla fights a creature known as a MUTO (or M.U.T.O. which stands for Mutant Unknown Terrestrial Organism). You've already seen concept art of the MUTO cocoon by Vicki Pui, but another artist that worked on the design was Dominic Lavery. Lavery is a professional concept artist who's worked on Hollywood movies like Jack the Giant Slayer (2013), Maleficent (2014) and Gullivers Travels (2010).

Click on the images to enlarge.
MUTO Cocoon
"I was lucky enough to work in the early Pre Production of Godzilla. These are early cocoon sketches." - Dominic Lavery 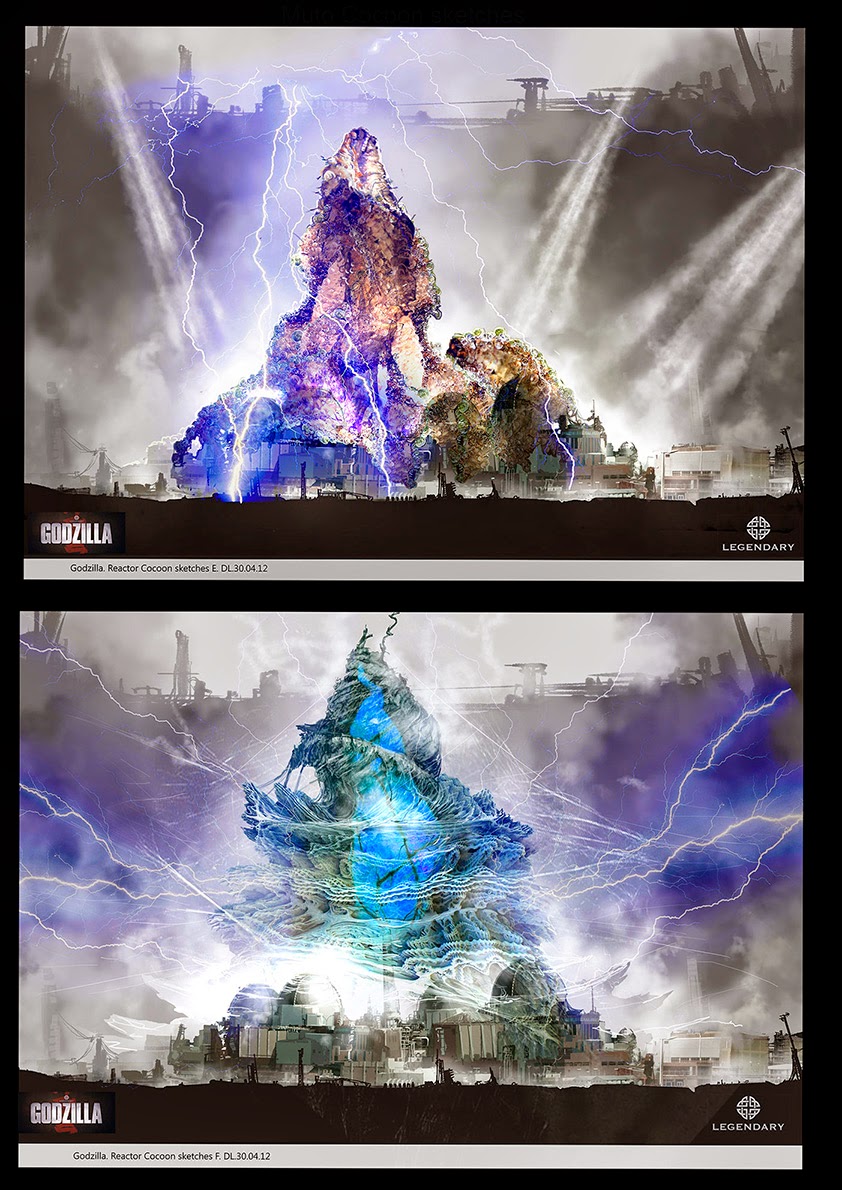 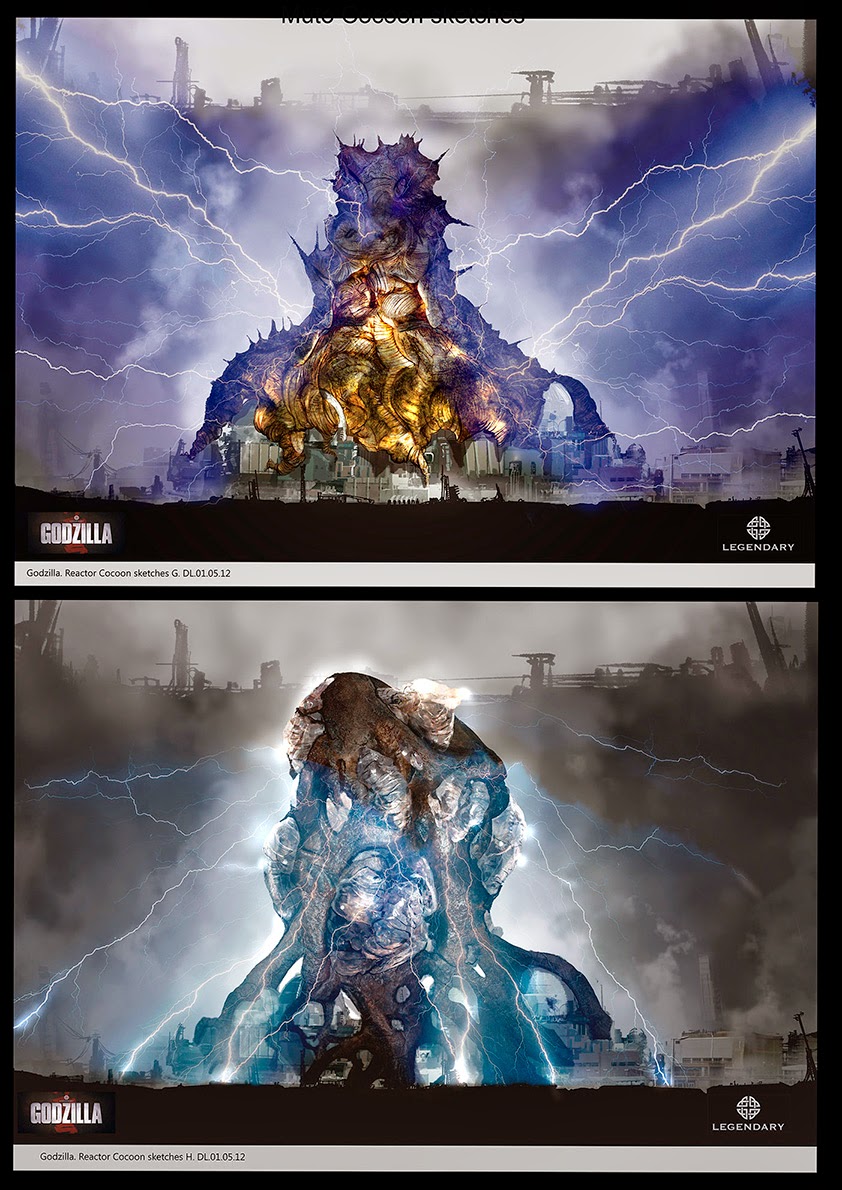 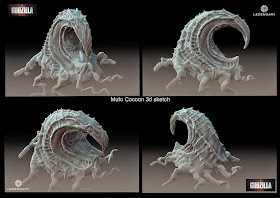 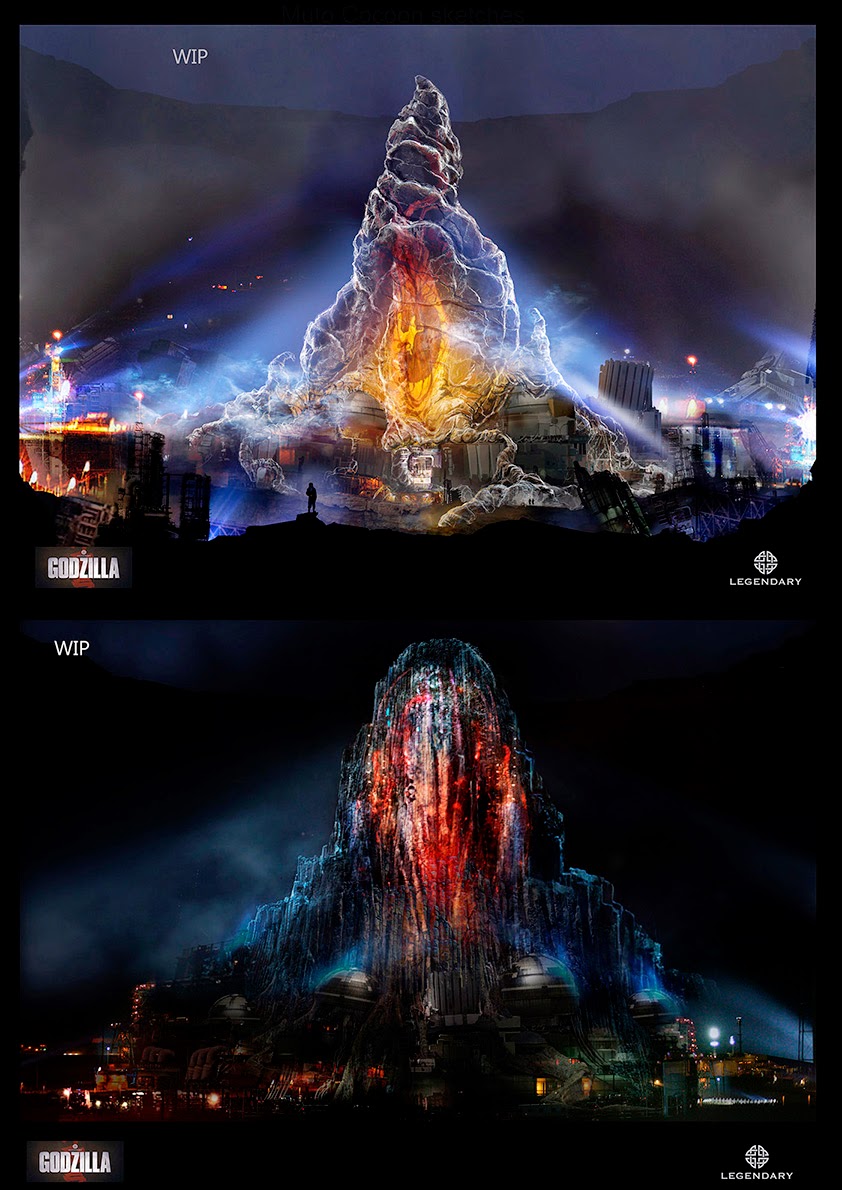 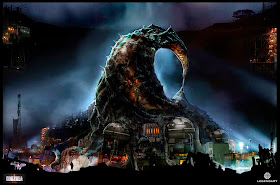 Godzilla and MUTO
"Godzilla and Muto start to dance. This is an earlier incarnation of the MUTO. Office render By Gavin Bocquet" - Dominic Lavery 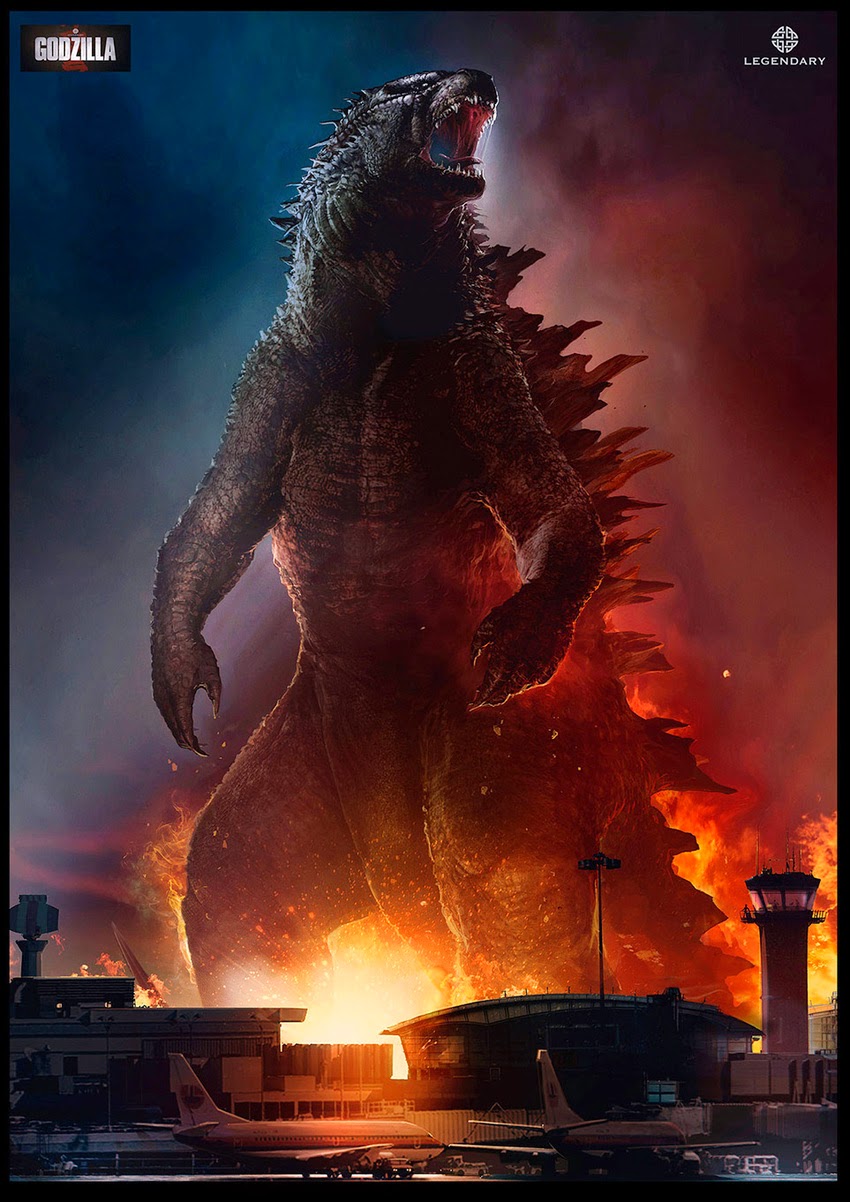 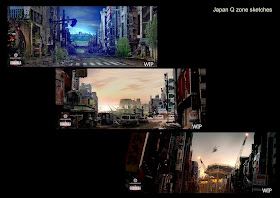 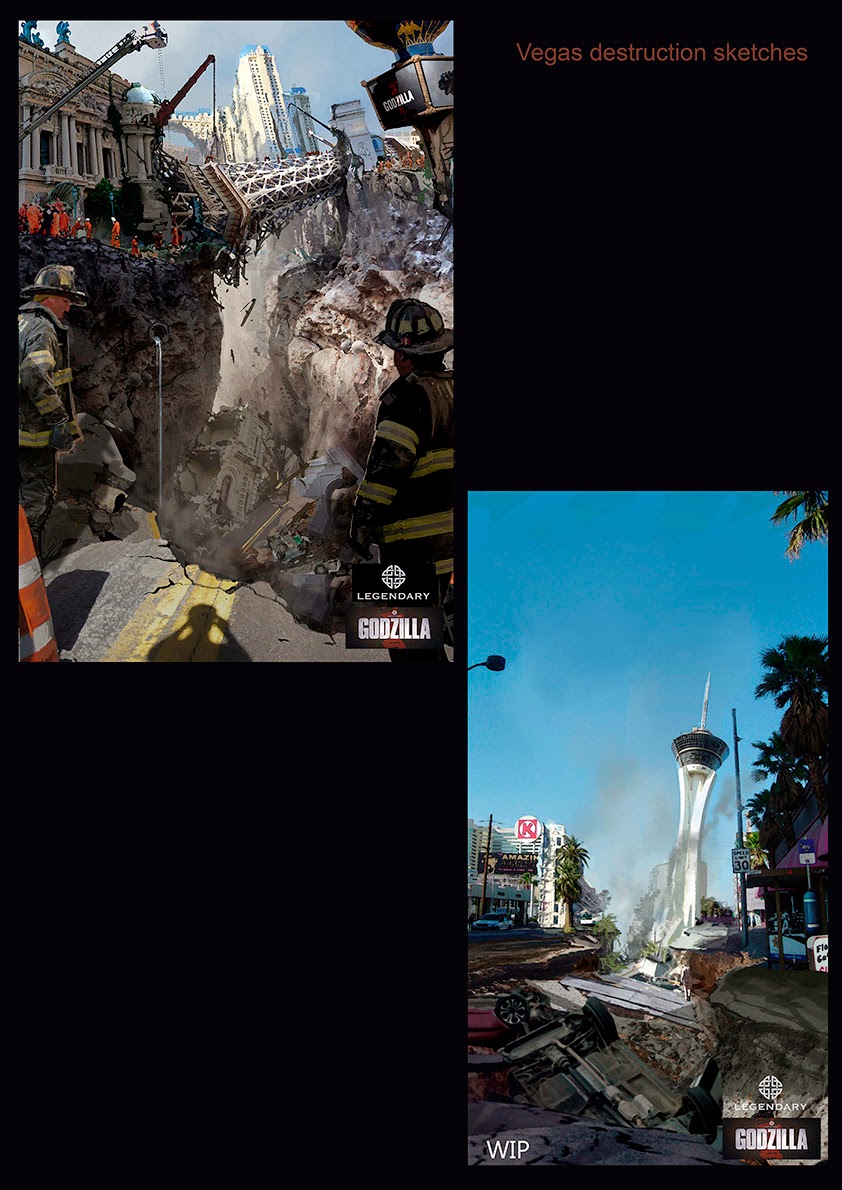 Click on the links if you want to see more of Dominic Lavery's work or Godzilla artwork on my blog.

What do you think of the concept art? If you've seen Godzilla what did you think?