Here's What the Sentinels Almost Looked Like in X2: X-MEN UNITED

The blockbuster hit X-Men: Days of Future Past finally brought the Sentinels to the screen after 14 years. An early draft of X-Men and X2 (or X2: X-Men United) both had the mutant-hunting robot Sentinels in it, but were scrapped both times. Director Bryan Singer told Total film, "We felt, for X2, the concept of giant robots is a difficult sell. But it's definitely something we may have room for in the future." Apparently, they had room for it in the future and the past. While a Sentinel head did make an appearance in the Danger Room of X2, and an early draft, there was never a plan to make them the main storyline. Simon Kinsberg told IF Magazine, "There never was a Sentinel script that veered away from the story we ended up with. I have no idea where the rumors came from, but it may have something to do with the Sentinel in the danger room. It also might have something to do with the fact that there was an earlier draft of X-MEN 2 that had Sentinels in it."

The biggest reason the Sentinels were never used was because of the cost of computer animation at the time. It would have cost $8 million to have them in the film, which would have killed the budget. Now that CGI is cheaper, they were able to create some truly lethal robots for X-Men: Days of Future Past.

Guy Hendrix Dyas
One important feature of the Sentinels were that they were hollow and could change shape into a spinning ball. 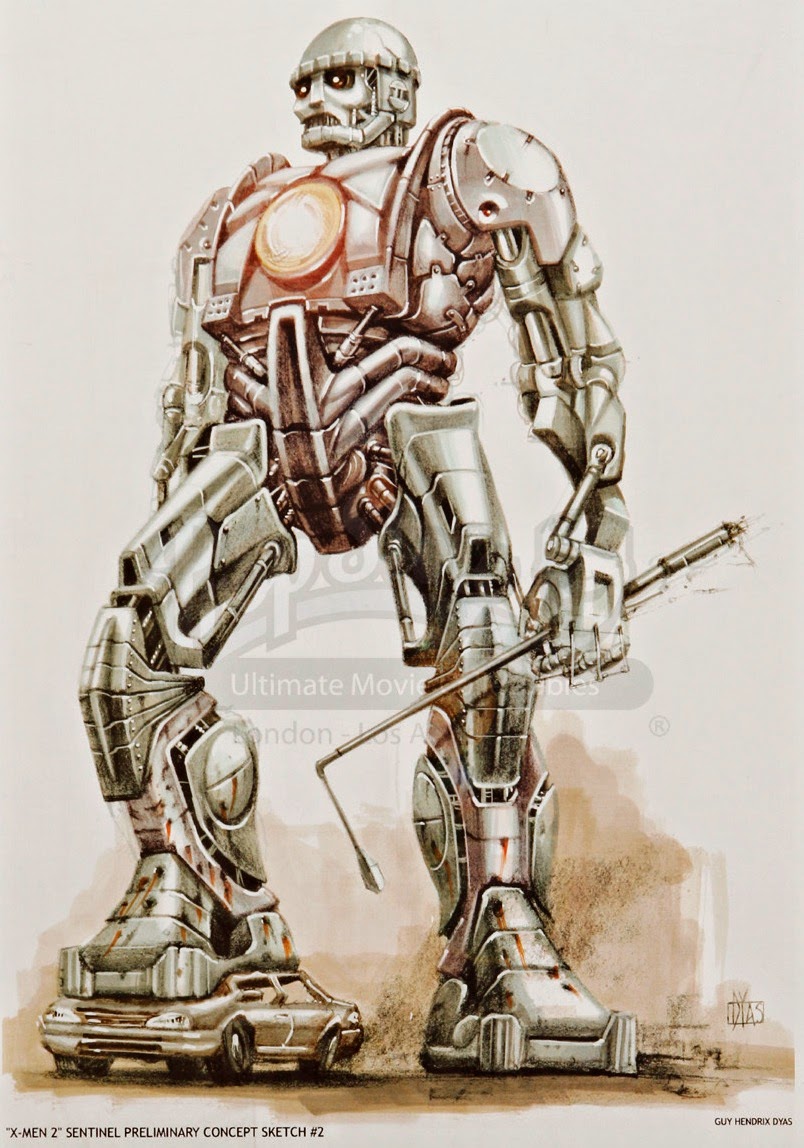 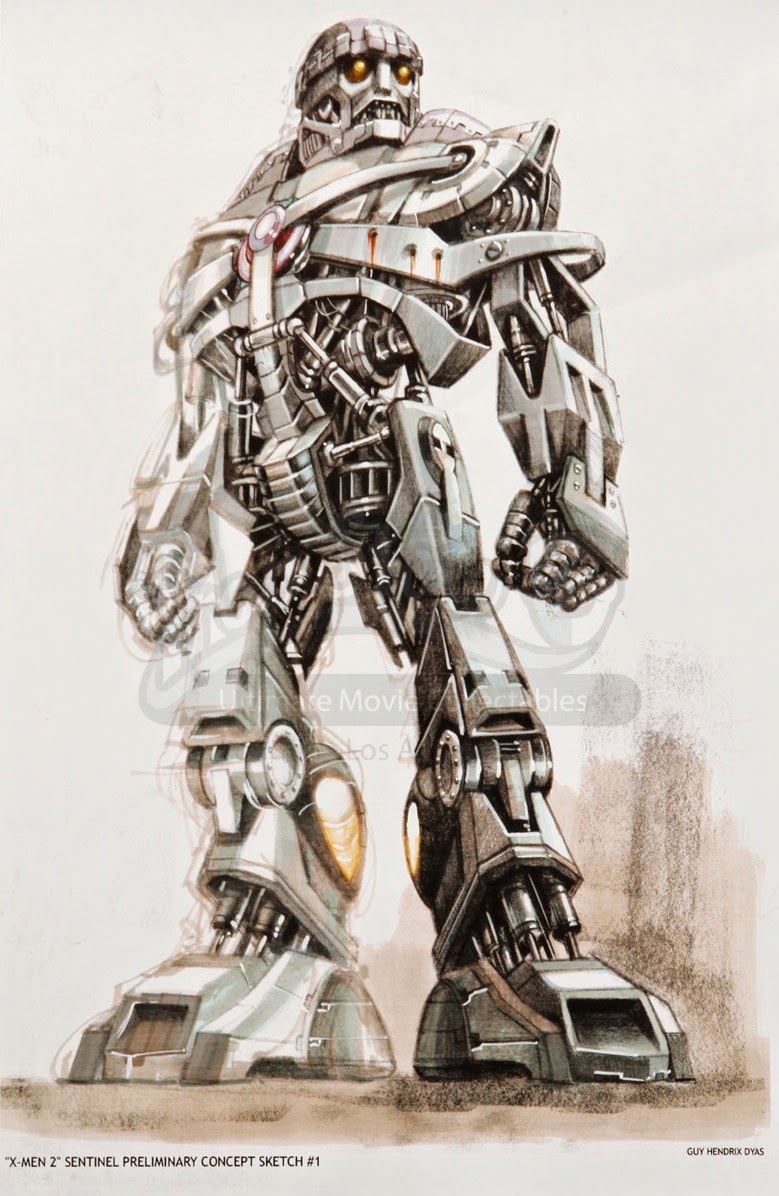 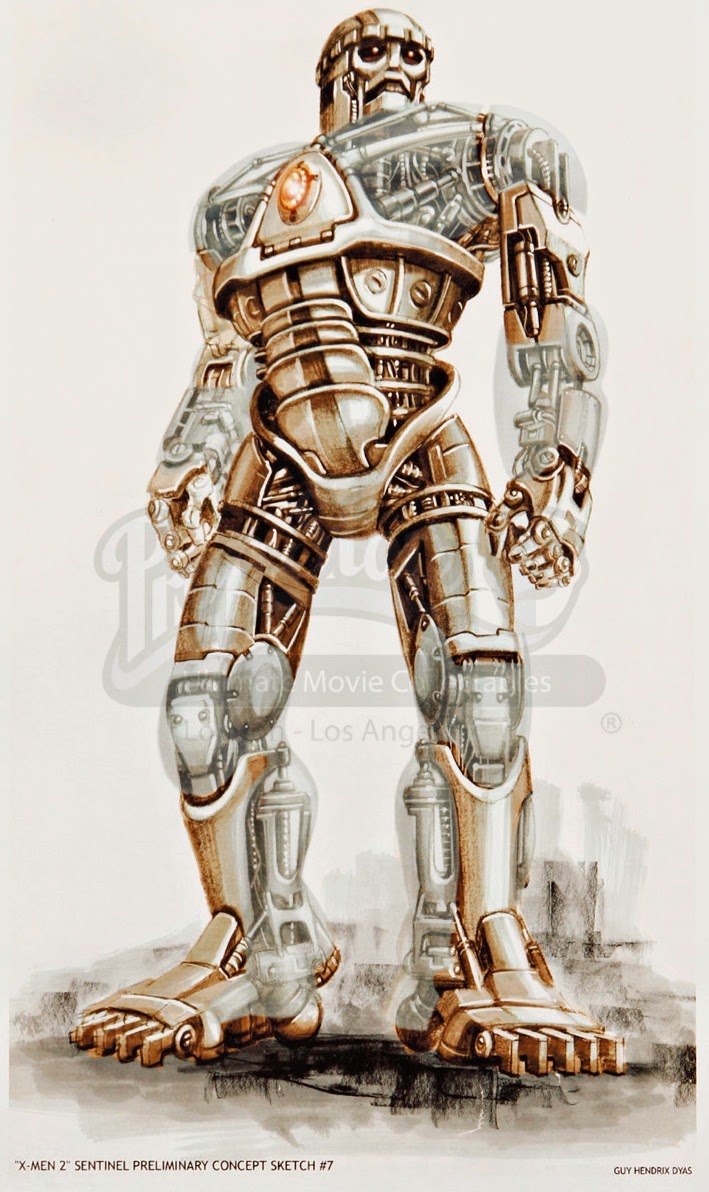 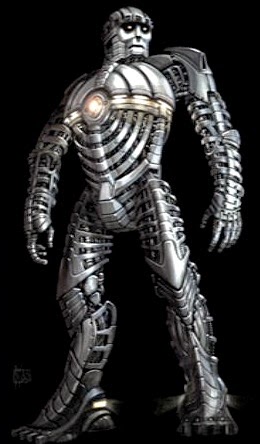 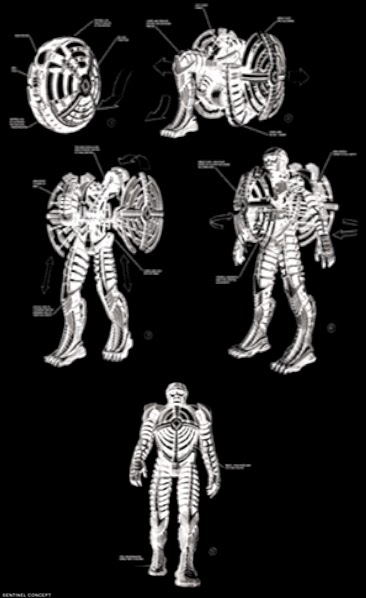 "The Sentinels were considered briefly for the X-Men sequel, and I drew up a version to a great, collective yawn from everyone involved." - Ricardo Delgado 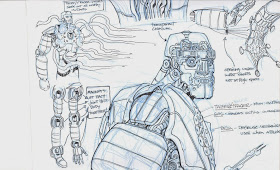 Click on the links if you want to see more of Ricardo Delgado, Guy Hendrix Dyas' work or X2: X-Men United artwork on my blog.

Some images via SuperheroHype, Propstore

What do you think of the concept art? If you've seen X2 would you have wanted the Sentinels?